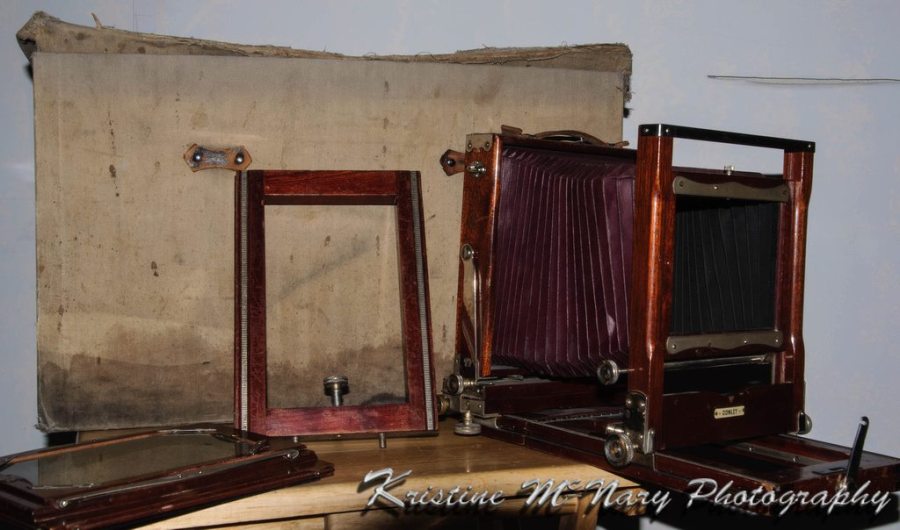 The Conley Camera Company of Rochester, Minnesota, was a little-known player in the arena of early 20th-Century photography. Selling their products mainly through the Sears catalog, Conley made cameras and photographic accessories from 1899 to 1927. The majority of their cameras were by no means high-end; Conley made inexpensive cameras for the masses. That does not mean that they were poorly-made–some Conley features were downright ingenious, and their hand-crafted mahogany, cherry, and nickel-plated cameras were things of beauty. Although they would never become serious competitors with industry giants such as Kodak, their influence was widespread thanks to their relationship with the Sears catalog. In the years before the Mayo Clinic’s rise to worldwide fame, the Conley Camera Co was arguably the most successful enterprise in Rochester, MN, up to that time.

Today, very little is known about Conley cameras. Their camera models are often misidentified if they are identified at all. Many people who have one of their plate cameras think that they were made in 1907 because of the date on the front. That is, in fact, the patent date of the front standard locking mechanism and bears no relationship at all to the manufacturing date. Most of their cameras can be found here, cross-referenced among the various names they sometimes sold under. Not absolutely everything is included: for example, the 700-lb Queen City Specimen Camera No 42–only one of which is known for certain to have been made–is absent (though if I can locate it, I’ll include a photo) . But for the most part, if it could be purchased on the mass market, you’ll find it here. To my knowledge, this is the most comprehensive assembly of Conley products extant. No doubt, it will continue to grow as previously-unknown models come to light.

we originally found our Conley camera at an antique yard sale. I crafted a new lensboard, added a lens, and gave the camera complete tune-up, patching the bellows, cleaning and oiling the wood and metal.  My experience showed me that the Conley cameras are nice lightweight cameras, with several movements. I did take a few film photo’s using the camera 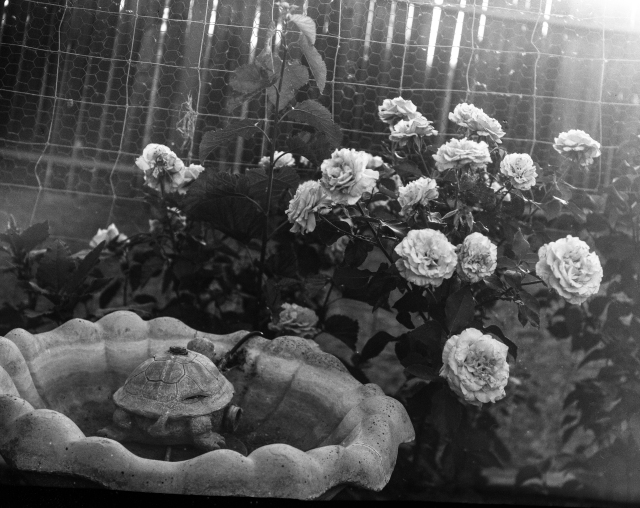 Here are some different photos of the camera. 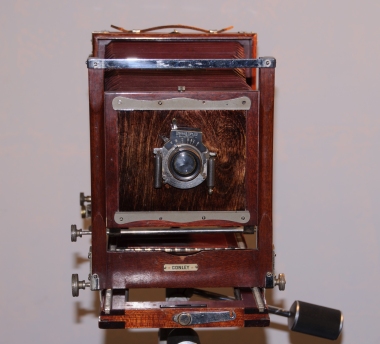