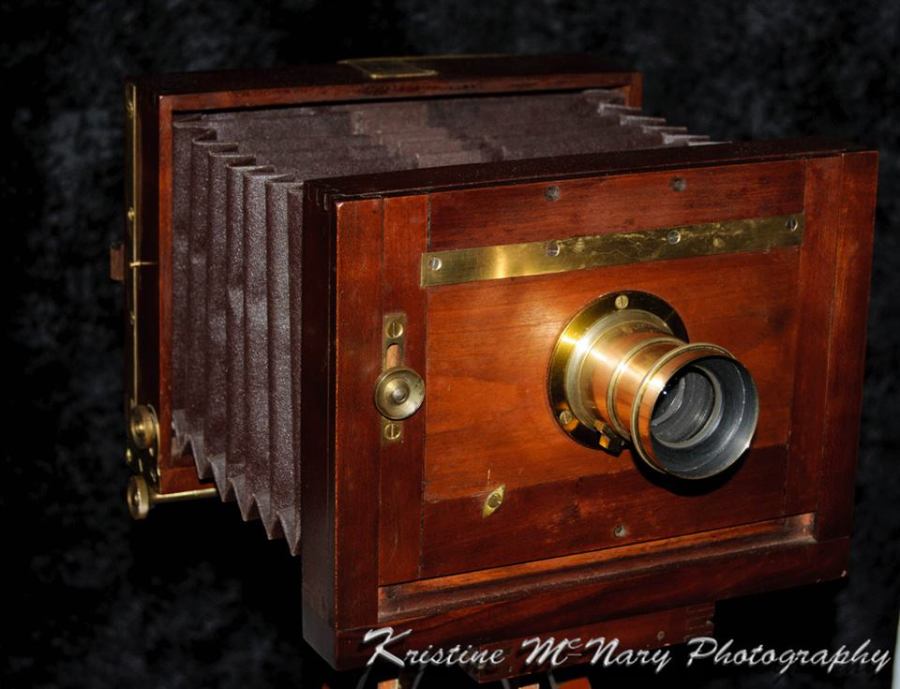 “Chambre de Voyage” (French for “travel or field camera”)  we call it our FrAnthony, as it was crafted using Anthony hardware.

The Cambre De Voyage cameras are a rare subgroup of the 19th-century wooden field cameras. Originally these cameras were intended for professionals, as tools for applications outside the studio, for portraiture, architectural work or documentation away from the studio, in gardens, homes or museums. Most photographers didn’t own a big carriage to transport their equipment, thus needing a light collapsible camera for field work. They also had to carry a tripod and, in the early years, a dark tent, chemicals, and trays for preparation and development of the plates for the wet-collodion process. Of course, this camera concept became more and more popular among amateurs, especially after the dry plates became available. These were sold in France starting in the later part of the 1800’s. Popular in Europe, the majority of these cameras had the same basic features ranging from simple to very elaborate. The Chambre De Voyage is usually a tailboard camera with a sliding wooden panel with a mechanism to lock the bed. 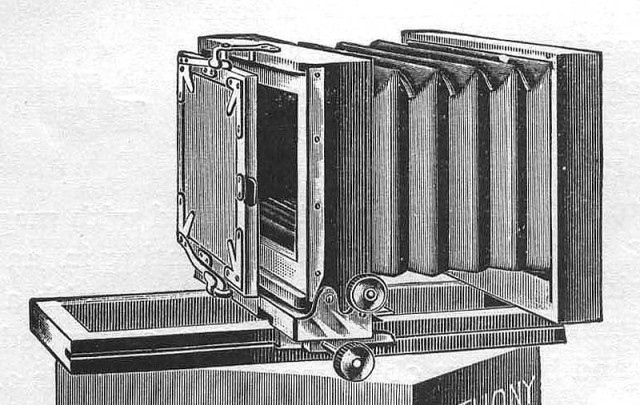 Our particular camera was originally purchased in France and appears to be a copy of the E & T H Anthony a 5×8 sized N.P.A camera Variation 2,   while none of the hardware on the camera is stamped Anthony, it was common for a cabinet maker to purchase hardware and possibly even plans to make the camera.  the build of the camera does have some flaws, which caused the reddish/purple paper bellows to effectively be installed upside down, with their seam at the top. there is also no side tripod mount.

with a couple of Anthony marked  dry-plate holders, and a Darlot No.2 Hemispherique Rapide” lens has a serial number of 2610

presently the camera has been disassembled, while the lens is used with either our Rochester Optical 5×8 or our Black arts  8×10

The small, sized camera’s such as this one became very popular due to their portability. while I do not use the 5×8 Rochester optical as much, it provides a wonderful tool for demonstrations due to its size and weight.